On June 26, 2017, the New York Civil Liberties Union (NYCLU) and the Legal Services of Central New York (LSCNY) announced a settlement with the Onondaga County (New York) Sheriffs Department and the Syracuse School District that would prevent youth from being placed in solitary confinement unless “there is an imminent safety threat that less restrictive measures cannot adequately resolve.” The settlement was approved by the court in August 2017 and is expected to last through October 2019 . Under the agreement, 16- and 17-year-olds will no longer be housed in an isolation room, known as “the box,” and will only be confined to their cells for brief periods if there is an imminent safety risk. The Syracuse City School District and the juvenile facility must also provide access to educational instruction, special education services and an incentive program that encourages positive behavior. Children will receive individualized plans that identify and accommodate special needs, will receive mental health counseling and will be supervised by a multi-disciplinary team trained to work with juveniles. As part of the settlement, Onondaga County will pay $270,000 in plaintiffs’ attorney fees. The Syracuse School District, which was named as a defendant in the litigation, will also pay $30,000 toward legal fees.

Read more here to hear from a youth who spent time in solitary in Syracuse.

In September, 2016, the New York Civil Liberties Union (NYCLU) and the Legal Services of Central New York (LSCNY) sued Onondaga County, NY (Syracuse) for keeping youth in solitary confinement for up to 23 hours a day in the Onondaga County Justice Center, an adult jail. In the lawsuit, V.W. et al. v. Conway, the NYCLU alleged that:

At the time that the litigation was filed in 2016, New York and North Carolina were the only two states where 16 and 17-year olds were automatically charged as adults and locked up in adult 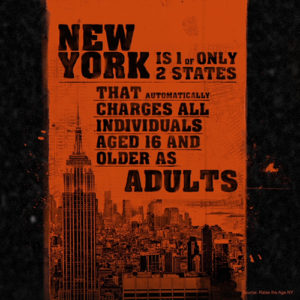 jails. New York Governor Andrew Cuomo has since signed legislation to raise the age of jurisdiction for most New York youth, but that law will not go into effect until 2017-2018.

To read more about other developments in New York, click here.

As part of the complaint, the NYCLU included the testimony and photographs of Barry Alan Krisberg, an expert in prison conditions from the University of California. Krisberg said the area where youth are house in solitary confinement, known as “the box,” were inhumane and dangerous. The NYCLU argues that solitary confinement violates children’s constitutional rights and that the county school district is violating the their right to an education while they are held at the Justice Center. Read the complaint and the NYCLU press releases from September 2016 and January 2017. 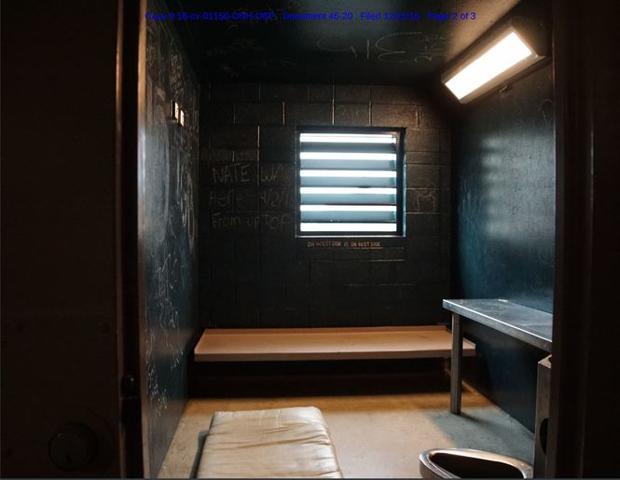 On January 3, 2017, the United States Department of Justice filed a Statement of Interest in the case, supporting the NYCLU’s position that even brief periods of solitary confinement is dangerous and harmful for youth. The Justice Department’s statement of interest in a lawsuit where the United States is not a party indicates the significant consequences that could arise from the decision in the NYCLU’s case.

On February 22, 2017, U.S. District Court Judge David Hurd granted the NYCLU’s motion for preliminary injunction, preventing the jail from putting youth in 23-hour isolation or using any form of discipline for youth without meaningful social interaction. According to Judge Hurd’s decision and order, the jail must no longer place youth in 23-hour isolation, and any new form of discipline for juveniles must include meaningful social interaction and cannot harm the psychological health of the youth. The injunction is particularly significant because Judge Hurd had to find that the plaintiffs were substantially likely to win their case in order to grant the motion.  Read more below.