In an opinion piece in the Juvenile Justice Information Exchange, Council of Juvenile Correctional Administrators Director Mike Dempsey calls on facilities to stop using solitary confinement – and he knows how they can do it. Dempsey is the director of one of the Stop Solitary for Kids Campaign’s partner organizations. He’s also run facilities and state juvenile justice agencies and successfully reduced the use of solitary confinement. Now is the time for facilities to stop using solitary, he says, “using tools developed by CJCA and Stop Solitary for Kids to reduce room confinement and build more effective facilities.”

VIBE ARTICLE: SYSTEM FAILED KALIEF BROWDER BUT DOESN’T HAVE TO FAIL OTHERS

In March 2016, the Center for Human Rights and Humanitarian Law at the American University Washington College of Law released a new publication entitled Protecting Children Against Torture in Detention: Global Solutions for a Global Problem. The report contains a chapter written by staff from the Center for Children’s Law and Policy, one of the campaign’s founding organizations. You can download the full report here, and you can read CCLP’s contribution beginning on page 165 (click here for Campaign article only). 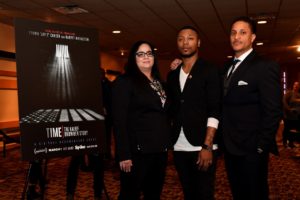 On February 27, 2017, the campaign helped host a screening of the first two episodes of TIME: The Kalief Browder Story, followed by a panel discussion with filmmakers and Kalief’s family. U.S. Senator Cory Booker introduced the film to an audience of advocates and lawmakers.

Stop Solitary for Kids held a campaign launch event at the National Press Club on April 19, 2016. Our speakers addressed the systemic impact of solitary confinement, its personal impact on the lives of youth and families, and the perspectives of correctional administrators. The event highlighted effective strategies to eliminate solitary and specific examples of success. Speakers included U.S. Senator Cory Booker, the Administrator of the federal Office of Juvenile Justice and Delinquency Prevention; and the leaders of four state agencies that have reduced solitary confinement:

To watch video of the launch event, click here or play below.